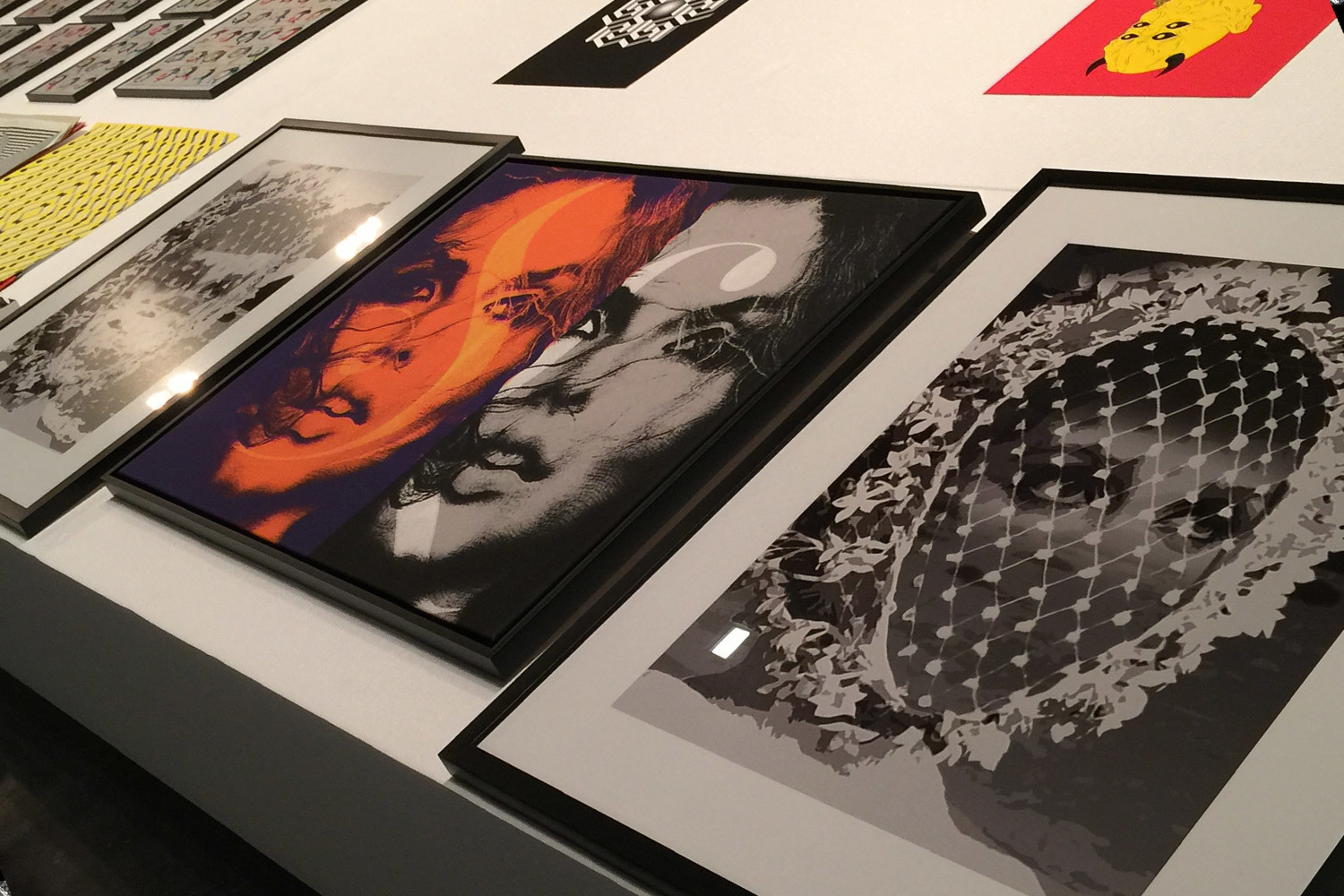 The artistic research of Britta Dietsche is a constant enquiry on the use of collage, a technic characteristic of the vanguards, and its relation to the recent developments of the new media. Britta Dietsche appropriates issues characteristic of contemporary life, such as the accelerate flow of time or the spreading representations of the feminine, to shape surreal and archetypical images able to connect deeply with the intimacy of the viewer.

At Grafik15, Britta Dietsche exhibits some of the most significant works of her recent production. Exploring the potential of the new media to transform the reality and develop new expressions of beauty, the artist conceives serial works. Applying several filters and patterns to a same initial image, she creates variegate pictures, each one with its very own atmosphere. The two pieces entitled “In the Hurry” are exemplary of this procedure. The images stage time as an omnipresent quantification of contemporary life, opposed to the charm and natural beauty expressed in a woman silhouette. “Lost Face” enquires the surreal and mysterious side of feminine representation, with a mesmerizing face, which slowly disappears in the landscape. In the work “Twins” the repetition is questioned at its core. Generally twins are extremely similar beings, although each one with its own individuality. So are the images produced by the artists, in which the repetition is the occasion of infinite variations, each manifesting an individual character.

Self taught artist, Britta Dietsche works since more than 25 years. From the beginning of her career, she is attracted from collage and explores this technique in its traditional variation, combining found images to create unexpected combinations. More recently, the new media gained an increasing importance in her work, manifested in an astonishing production of large format images. Britta Dietsche exhibits in galleries in Zurich and, in March 2015, she opens her first international show in New York.

duration of the exhibition